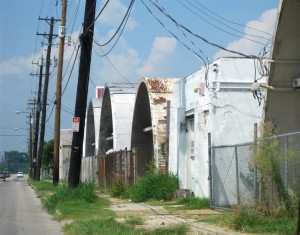 This is probably a Boomer thing, but I have seen Quonset huts since I was a kid.Â  Many of these World War II surplus buildings continue to be in use around the city for business and industry. These half tube metal buildings have had a long and useful life.Â  A while back I posted a photo of some Quonset huts along Chelsea Ave., and was contacted on line by Memphis Historian, Joe V. Lowry, who has documented most, if not all the existing structures in Memphis.

1. Kiwani west of Raleigh Millington Rd the Moose Lodge.
2. 40 Flicker St, north of Avery south of the Union Ave Viaduct.
3. On Broad east of Tillman on the south side of the street used to be the MerryMobile Company.You can see it from Interstate.
4. On Broad east of Tillman on the north side of Broad there is a long, large one with a standard building front.
5. On Scott Street south of Pershing Ave on east side of street.
6. There are several Large Ones connected together in Collierville.
There is a small one behind the motel on 72 west of Center in
Collierville.
7. On York west of Cooper east of Tanglewood was Barnett Supply
8. Sharvania Oil 1185 Tully south of Firestone Blve. I think it gone.
9. On Mallory west of Wellington there are three of them, north
side of the street.
10 You cant see this one from the street but there is a private driveway
running west off of 2100 Wellington. @ East Mckellar Its
hidden but has been there a long time.
11. Corner of Texas Drive at Foot of Lauderdale in the Federal Compress.not sure if its still there.
12. On East Bodley 1000′ east of Prospect 3 buildings on site,
The company blended and reclaimed fuels Jan 27 1997 there was
was 2nd Alarm fire there, The entire neighborhood was evacuated.
Permafix at 901 East Bodley
13. There was a maintenance building located on the southwest side
of the old Pace Corporation located at S Third and the Stateline
not sure if its still standing. I know it was spared when the other 16
buildings were removed.
14. Matthews Blow Pipe 130 Keel
15. Pro-Fire and G & W Diesel Illinois and Kansas
16. On S Third Street west side of street next door to Charles Hays &
Sons Body Shop there is a big one.
17. On Chelsea east of Mc Lean there are several.
18. At Key St and Neil Ave there are three.
19. On Chelsea west of Mc Lean
20. Jackson and Kendrick, there is a large lumber company

Joe would like to add to the list.Â  If you know of any more, add them in the Comments below.

For more info on Quonset huts, see the link at the beginning of the post for a very interesting wikipedia article. 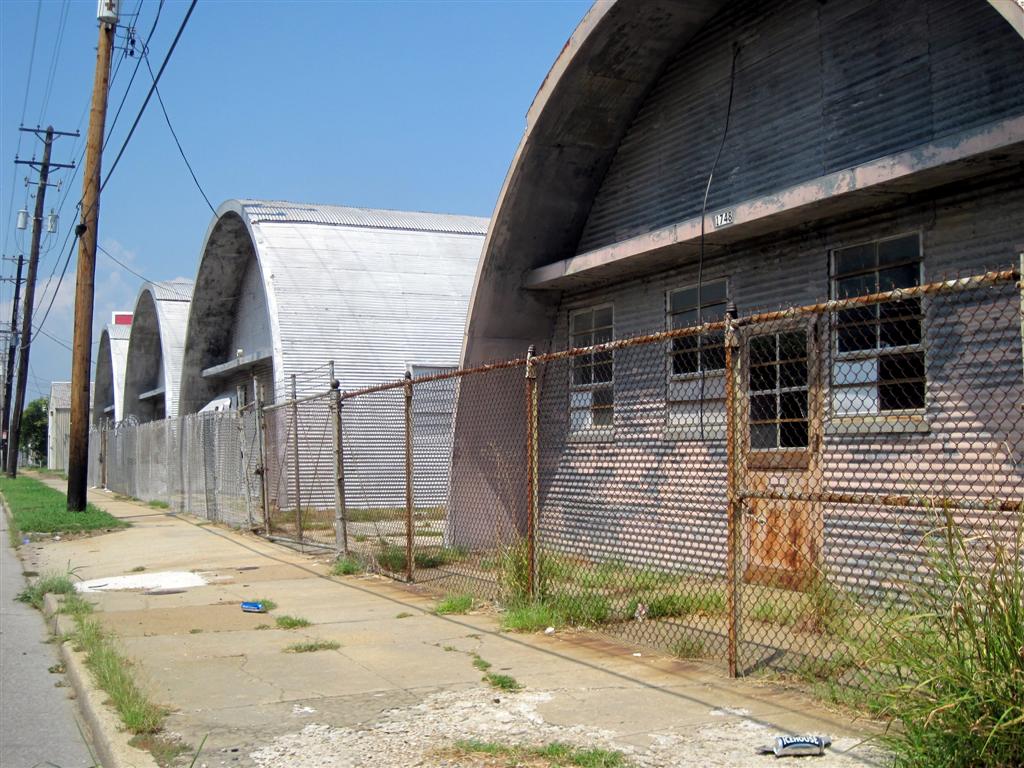