[Note:In light of recent news about the Mid-South Coliseum, I am re-posting this entry from November 26, 2009]

If you have lived in Memphis for a while you have some special memories of things that happened inside the Mid-South Coliseum.  I always thought the building looked more like a spacecraft than a multi-purpose arena – and it still does look it could launch at any moment. 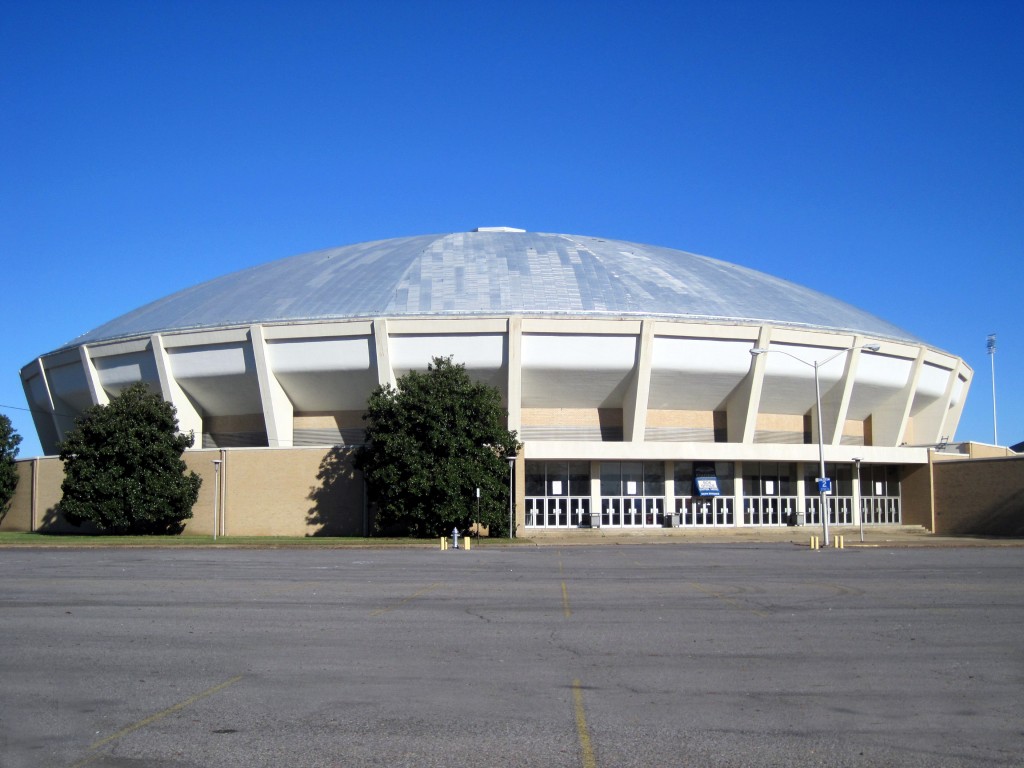 The building opened in 1963.  The first concert I remember seeing there was the Animals. They were the opening act.  I didn’t really care much about the headliner, Herman’s Hermits.  The last time I was in the building was for my son George’s graduation from Overton High School in 2005.  And many legendary things happened (not necessarily with me in attendance)  in between:  The Beatles, Elvis, the Who, Alice Cooper,  Dylan, Lynyrd Skynyrd…. and on and on.  I remember some great performances and have forgotten others.  I also remember some great and scary times times back stage.

Through this portal on the southeast side  passed the biggest names of the rock era, 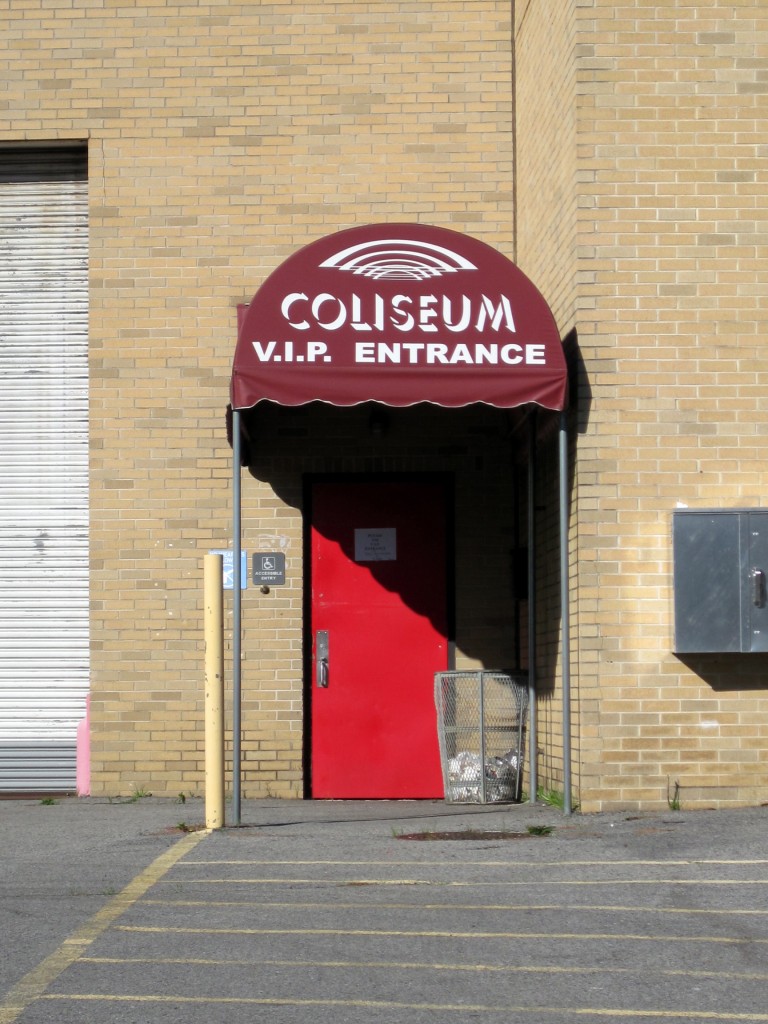 the mainstream Vegas-type entertainers of the ’60s, ’70s, and ’80s, and the superstars of theheyday of  professional wrestling.  Weekly Monday Night Wrestling consistently sold out the 11,000+ seat Coliseum for years, until  insurance discomfort over blood (real) and other body fluids put an end to the venue for real wrestling  and the cartoon world of national promotion WWF took over the wrestling audience.  Oh yeah, I am not a sports guy, but the UM Tigers and Memphis TAMS B-ball teams played there, and there was the River Kings Hockey team, rodeos, and I think they even had monster truck shows in there too.

I could go on about the great shows I saw, being ringside when Jerry Lawler threw fire, busting my butt many times on the ice skating rink,  but I will stop.

If you have a great memory of the Coliesum, please share it in the comments.

I started this post after a drive around the Memphis Fairgrounds yesterday.  The LibertyLand section is being dismantled;  the livestock barns and other buildings will probably be leveled in the next phase.  I just read that the management company will not extend Memphis Roller Derby’s lease.  So what’s the plan for the Coliseum?