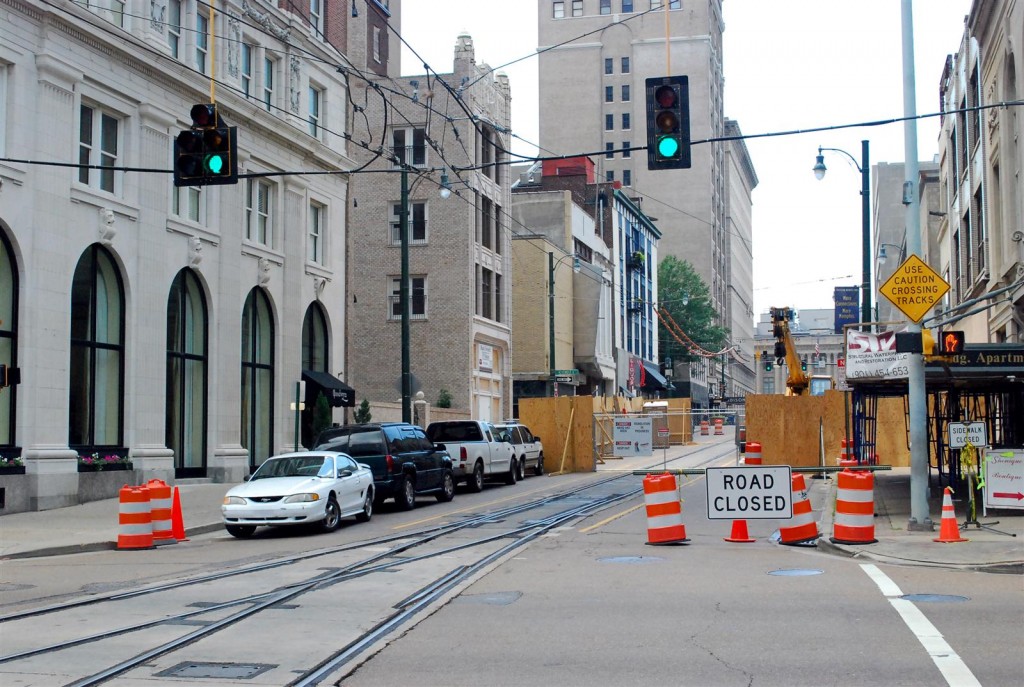 Late in March of this year, the Commercial Appeal reported the roof collapsed at 118 Madison, a 4-story Downtown building, between Main and Second.  Due to potential dangers from the structure, the Fire Department closed the street.  Two months later, in early June, Center City Commission President Paul Morris caught some criticism for saying that a “real city” would not let a collapsed building block the Downtown Trolley for more than two months.  Not only is the Trolley unable to run on Madison in Downtown, but a major east-west artery is blocked – an artery that terminates at the brand new University of Memphis Law School and passes the classy Madison Hotel. 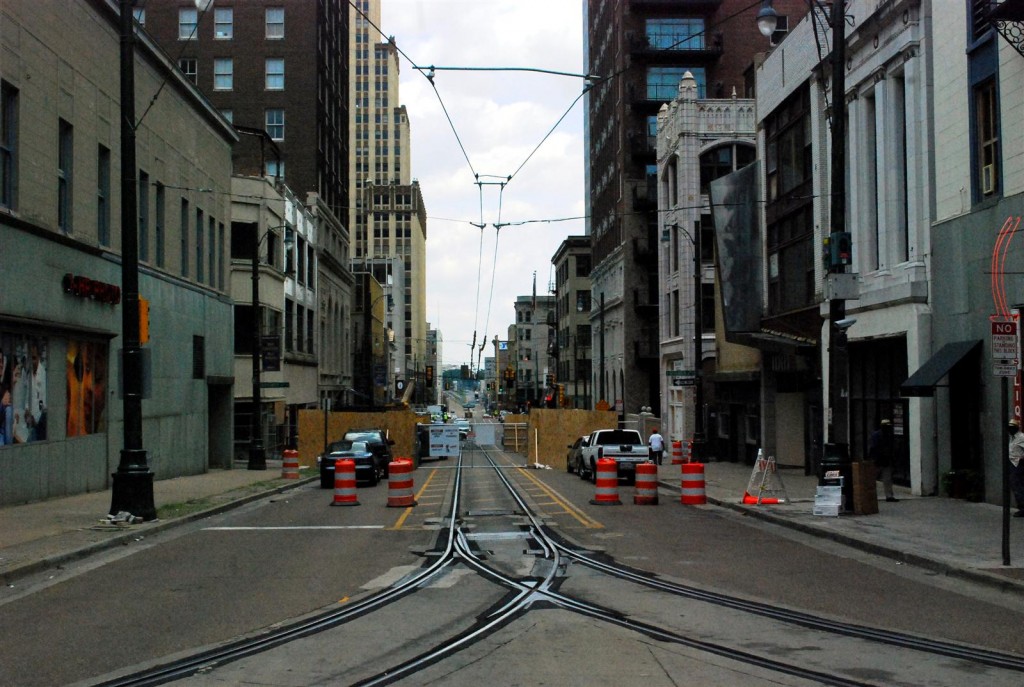 It seems the City and the courts have given the owner an unlimited time frame to repair the building.  When I was by there last week there was a small crew removing individual bricks on the damaged 4th floor.  And now Madison has been closed for  over 3 months.  Do you think a deadline and a $5000/day fine might speed things up?  In a REAL city it would. 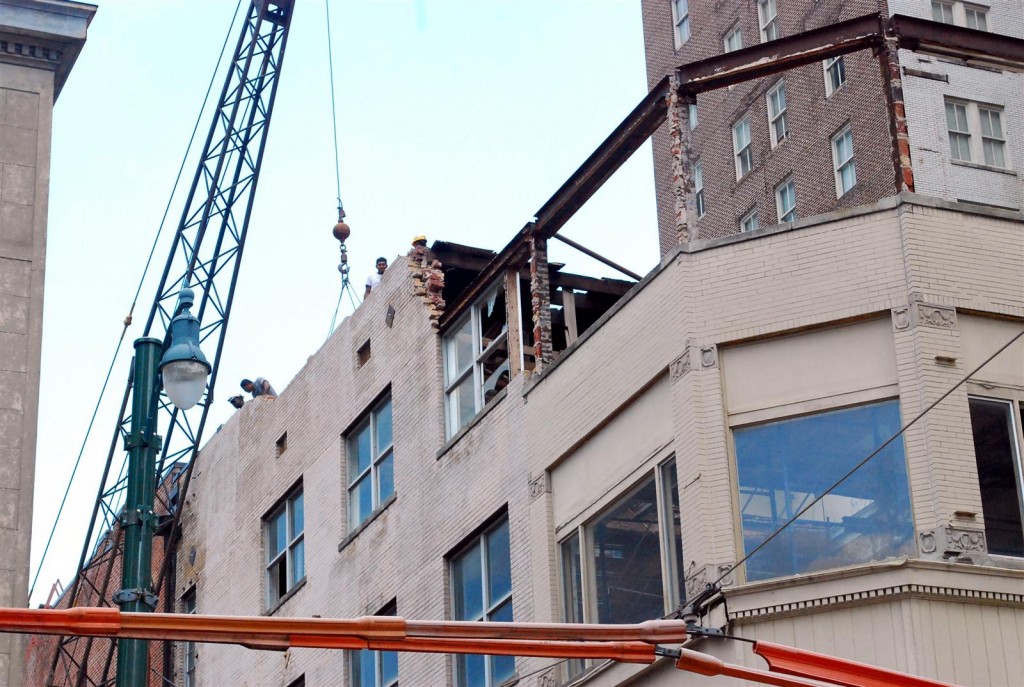 Progress on 118 Madison 3 months after collapse