On March 25, 2011, the roof of the neglected building at 118 Madison, in the heart of Downtown Memphis, collapsed, causing the Fire Department to close Madison due to structural issues with the Building.  After 4 months, not much progress had been made and I posted In a Real City on 7/5/2011, picking up on a quote from Downtown Memphis Commission President Paul Morris.  Here’s the way the building looked then, 4 months after the collapse. 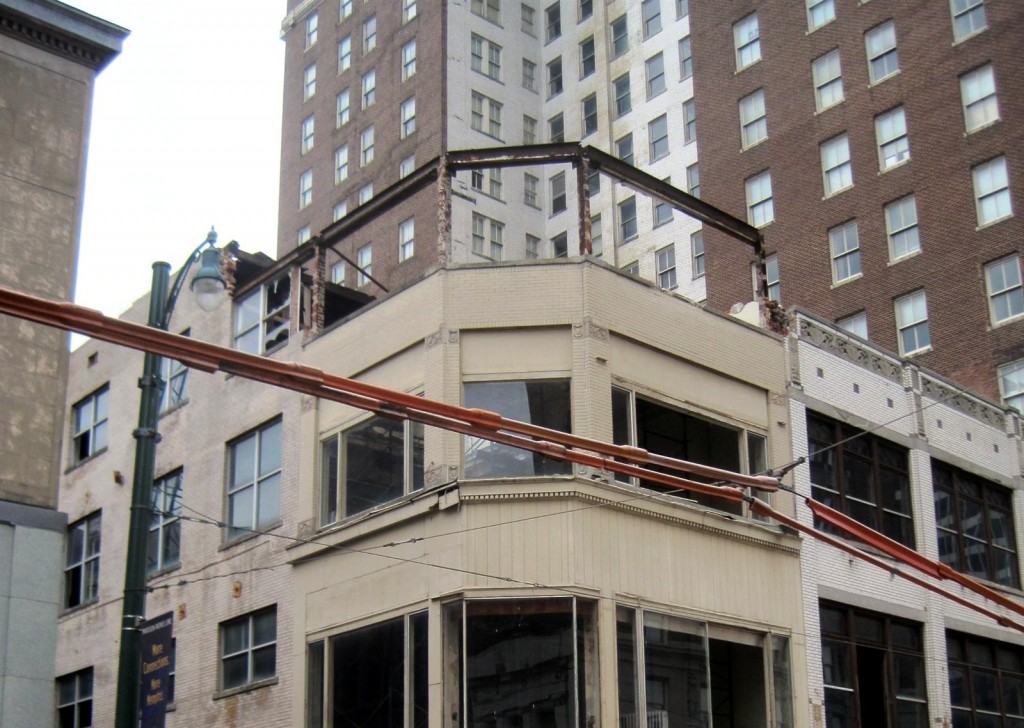 When I posted again about the building in August, 2011 – In a real city – revisited –  still no progress had been made on repairing or demolishing the building.  Not wanting to turn this into the Downtown Neglect Blog, I observed but didn’t post about the building again. 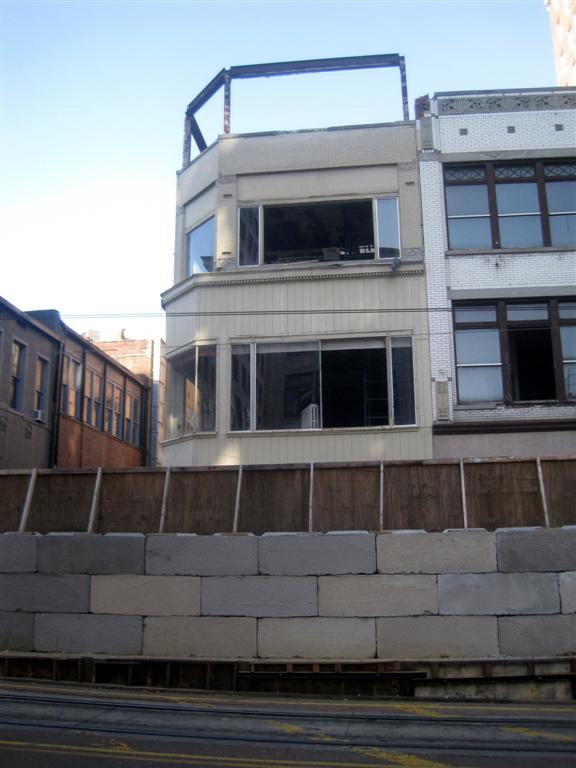 See any difference?  Just the  wall of huge blocks built around the Madison side and the alley to the west.  This bunker-like structure has been there for months. Auto traffic moves on Madison, even with one lane closed, and the Trolley carries tourists and commuters past this scene that looks more like Downtown Fallujah  than Downtown Memphis. 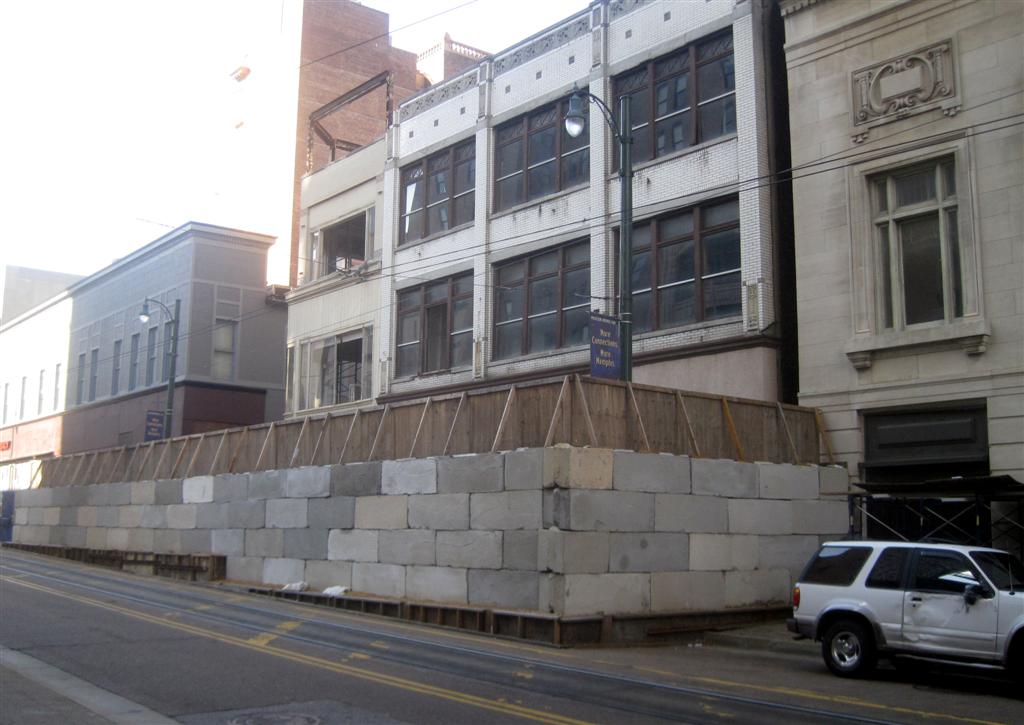 So does the City of Memphis think that ignoring this situation will make it go away, that this mess will somehow blend in with the the cityscape?  Are the powers that be waiting for it to fall down on its own?  Downtown is full of neglected buildings.  How will Memphis handle the next collapse?  And the next?