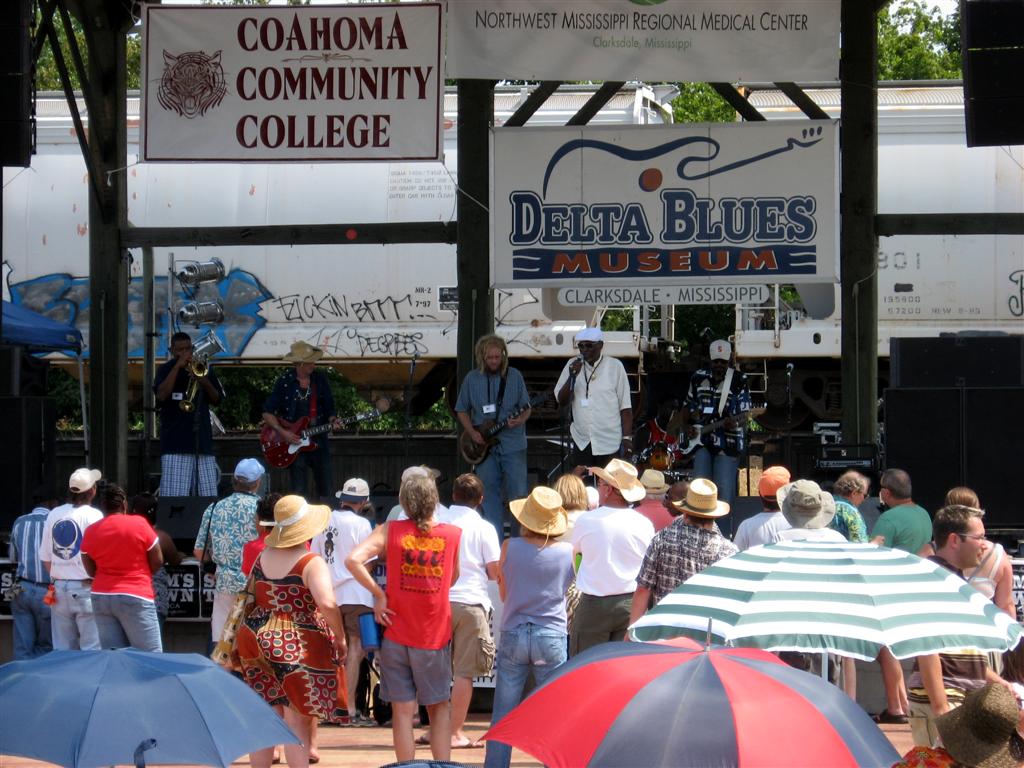 When people who are not from around this area ask me about the Blues, I tell them about the treasure of Blues right down  internationally famous Highway 61, where you can still hear authentic blues in the juke joints in and around Clarksdale, MS and a number of other towns between Memphis and Indianola.

My favorite music festival for the last few years has been the Sunflower Blues and Gospel Festival which happens in Clarksdale the second weekend in August, remarkably close to the Elvis Death Week festivities in Memphis.   I have seen many remarkable performances at Sunflower, which has been free, and low glitz since I started going about 10 years ago.

This year, the Festival was much hyped for its headliner; no not Bobby Blue Bland or Bobby Rush, but British rocker Robert Plant.  Plant has had some multi-million dollar inspiration from the Delta – remember Led Zeppelin’s When the Levee Breaks?  It was was actually written and performed by Memphis Minnie and Kansas Joe McCoy  back in the 1929. Don’t get me wrong.  I am a huge LZ fan, and when I heard that Plant was playing the festival for free because of his love of the Delta and Clarksdale, I was kind of touched.  But, according to Clarksdale blogger, Phillip Carter, it didn’t quite go down in   keeping with the history and culture of the festival:

I missed the Festival this year.  I hope the magic is not lost for good.