THE place to be on Saturday, September 17 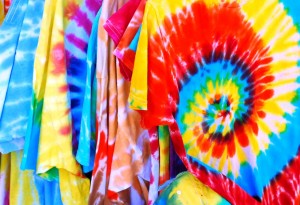 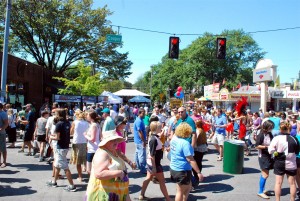 Crowds at the 2010 CY Festival

Memphis’ hipest and hippiest street Festival is happening this Saturday.  The 24th Annual Cooper Young Festival kicks off at 9 AM and runs until 7PM, with epicenter, of course, at the corner of Cooper Street and Young Avenue.  Hundreds of artists, vendors, and non- profits have booths.  The food is great: the beer will flow; and live music will be going on throughout the day.

If you have been to the festival before, you know you are not going to miss it.  If you live out there in suburbia somewhere, here’s a great chance to check out why we Midtowners love Midtown! 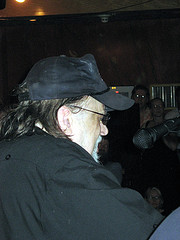 On September 4 and 5, the Center for Southern Folklore will present the 23rd annual Memphis Music and Heritage Festival, a family-friendly celebration of the music, arts, and culture of Memphis and the Delta Region. The festival will be held from 11:00am ? 11:00pm each day on Main St. between Peabody Place and Gayoso. This Festival celebrates the musicians, artists, craftspeople, cooks, talkers, dancers and more who come together each year and show Memphians and tourists alike why Memphis is such a special place, said Judy Peiser, Executive Director of the Center. There are three outside stages and two stages inside the Center for Southern Folklore.Â  Best of all, admission to the public is FREE!

Each year, the Center for Southern Folklore salutes a musician at the Festival whose life and work have left their mark not only on the music of Memphis, but on the Center itself. This year, we celebrate Jim Dickinson, said Peiser, an icon among Memphis musicians and fans, a talented and versatile performer and producer, and an unforgettable personality who the Center had the privilege of calling a friend. In addition to providing musical inspiration for this year?s Festival, Dickinson will be featured on Festival posters and t-shirts designed by Tennessee artist Gray (image reproduced below.)

In a career that spanned five decades, Dickinson?s work embodies the Memphis music scene that he helped to shape, from his early recordings for Sam Phillips to the recordings he produced of his sons and their band the North Mississippi All-Stars. After gaining respect as a session piano player for studios like American, Ardent, and Sound of Memphis in the mid-1960s, Dickinson became the keyboardist for the Dixie Flyers, a rhythm section that backed Atlantic artists such as Aretha Franklin and Sam and Dave. He continued throughout his life to be a featured player with some of music?s biggest names, playing piano on the Rolling Stones Wild Horses and keyboards on Bob Dylan?s Time Out of Mind.

Jim Dickinson also remained a fixture of Memphis music, recording and performing as a solo artist and a member of bands like Mud Boy and the Neutrons (with Sid Selvidge, Lee Baker, and Jimmy Crosthwait) who author Robert Gordon called the missing link between the Rolling Stones and Furry Lewis. Dickinson earned a reputation as an outstanding producer, recording highly-regarded albums with a wide array of artists including Big Star, The Replacements, and Screamin? Jay Hawkins. He became a larger than life figure whose talent and dedication cut across genres and generations and garnered admiration from fans and peers alike. In the words of Bob Dylan, If you?ve got Jim Dickinson, you don?t need anybody else.

Throughout the years, Dickinson maintained a special relationship with the Center for Southern Folklore. He performed regularly at the Center?s annual Memphis Music and Heritage Festival. His first public performance with his young sons Luther and Cody took place at the Center on Beale Street. Dickinson also collaborated with Judy Peiser and Knox Phillips to produce Piano Man, a CD featuring Mose Vinson. This was the first and only album for the eighty year-old performer. The love and devotion for Memphis and its music shared by Dickinson and the Center made him a natural partner.

Judy Peiser said, Jim showed us what is right about music from the people who made it to the fans who understood the sound, beat, and soul of Memphis music. Last year’s festival had a major void without Jim. This year we celebrate the man who made us all understand why the music of Memphis, from the church to the barroom is special and unique. As Dickinson himself said, I’m just dead, I’m not gone.

The Memphis Music & Heritage Festival is produced by the Center for Southern Folklore with generous support from the Tennessee Arts Commission, Arts Memphis, and Arts South. More information about this year?s festival, including featured musicians and artists will be announced in the coming weeks on the Center?s facebook page http://www.facebook.com/southernfolklore, website http://www.southernfolklore.com, and mobile app to be launched in late August.

The Center is a non-profit organization dedicated to preserving, defending, and protecting the music, culture, arts, and rhythms of the South located at 119 S. Main St. Memphis, TN.