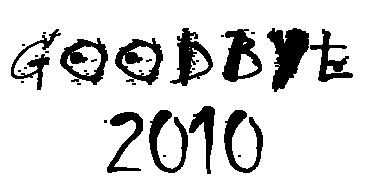 Some of us are probably pretty happy to see 2010 pass into history, and for a new decade to get underway.  It has been a year of challenges and opportunities.  I like to take the days between Christmas and New Year’s day to reflect on the year- trends, what went right, what went wrong, and how to tackle 2011.

It’s that time of year when everyone is coming out with their lists of important people, events and trends from 2010.  Here’s my collection of other people’s lists and year-end summaries.  I hope you find something useful here:

State of the Blogosphere 2010 whether you are a blogger or blog reader, social media thought leader, Brian Solis‘ analysis and insights are interesting as well as revealing.  This is a good piece for future reference.

Lifehacker’s Most Popular Top 10s of 2010 Life Hacker covers just about everything in life, from high tech to easy cooking tips.  This is an amazing collection of interesting and useful stuff.

Zeitgeist 2010: How the world searched Who better to expound on the world’s searches than Google.   This data shows us what people around the world think is important enough to search for.

Most popular DIY projects from 2010 Another offering from the hack-it-all site, Lifehacker.

YouTube Rewind 2010: Year in Review Top Videos on YouTube for 2010 and YouTube’s most viewed ads of 2010 (including my favorite – the little piggy Geico ad)

Merriam-Webster’s Top 10 words of 2010 – The dictionary people can’t be wrong, can they?

If you have a favorite 2010 List, or year end summary to share with the other readers, please add the link in the comments.