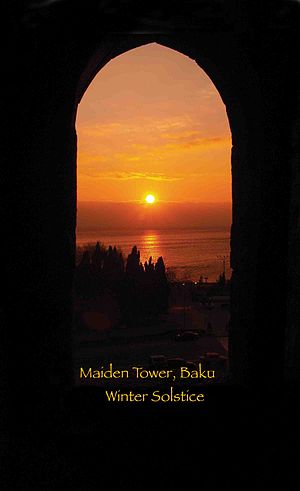 Tonight at 11:30 PM (CST) the Winter Solstice occurs.   It’s an astronomical event that always perks me up.  What is Winter Solstice, other than some pagan holiday that probably had a lot to do with the placement of Christmas on December 25?

According to TimeandDate.com:
“The December solstice occurs when the sun reaches its most southerly declination of -23.5 degrees. In other words, it is when the North Pole is tilted 23.5 degrees away from the sun. Depending on the Gregorian calendar, the December solstice occurs annually on a day between December 20 and December 23. On this date, all places above a latitude of 66.5 degrees north (Arctic Polar Circle) are now in darkness, while locations below a latitude of 66.5 degrees south (Antarctic Polar Circle) receive 24 hours of daylight.”

What does that mean to those of us who just look at the sky?  The day before the solstice (today, December 21)  has the shortest period of daylight of any day of the year.  From there on, daylight hours get longer for the next 6 months.  Hope for us who have the tendency toward S.A.D.