After many news stories, blog posts and neighborhood protests, Mayor Wharton, on Thursday, announced that demolition of the abandoned apartment buildings and houses in the Washington Bottoms area would proceed with haste. 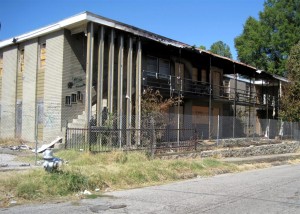 One of many dilapidated buildings in the area

Briefly, this large piece of Midtown property, roughly bounded by Poplar on the north, Cleveland on the west, McNeil on the east and Court on the south, was purchased by developers with fabulous plans of revitalizing the area with a big box store (Target.Â  Target?), other retail, and some nice housing.Â  The developer WSG knocked down a few structures, then abanonded the remaining buildings to vandals, neglect and fire.Â  WSG defaulted on their loan and was foreclosed by mortgage holder, Lehman Brothers, also in financial trouble, who erected a shabby fence around the property and continued the neglect.Â  More details in Bianca Phillips’ story in the Flyer. 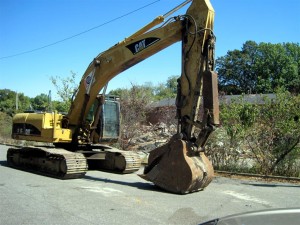 Track hoe ready to get to work

Today the gates bear the sign ofÂ  Memphis Wrecking Company.Â  We will be watching the progress of the demolition and restoration of the property.Â  Hopefully we will see a nice green space until developers make their next move.

The track hoes,Â  bulldozers, and dump trucks have been quietly and efficiently doing their work in leveling demolishing destroying developing the Fairgrounds property.

This shot is from what used to be the north parking lot of the Mid-South Coliseum, looking north.Â  Missing (with the exception of 2 of the old buildings) are all the buildings, livestock barns, Fair Offices, roads, parking lots, and the arena building where I saw Roy Rogers when I was a child; everything but the Kroc Center property is just a big field of dust.Â  I guess one day we will look up and the Coliseum will be gone too.Â  Ah, progress! 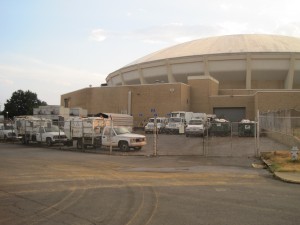 On a more positive note, the old President’s Island one room school house has been preserved and moved to what seems to be a safe place at the edge of the construction area.

It’s official, according to the Memphis Flyer.Â  Roller Derby has a home in Midtown.

The venue will look a little different as Memphis Roller Derby returns to the Fairgrounds in the Pipkin Building (which, in a few more weeks, may be the last building standing at the Fairgrounds) on April 10, with a double-header 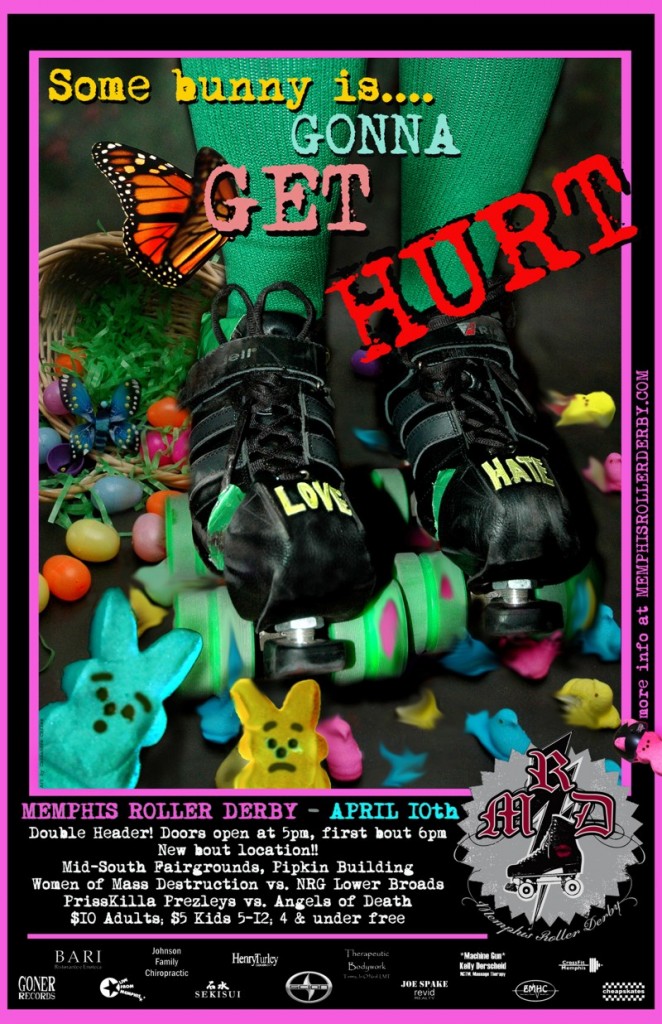