All the Memphis Police precincts offer the Citizens Police Academy in the fall.  The 9 week course is free.  You will be introduced to a wide variety of police operations, and get a chance to ride on patrol.   No, it’s not Police Academy!  It is informational presentations only – no strenuous training, or firearms.  I have been through the course, and highly recommend it if you want to know about how the police department works.

Spaces are limited.  Here is the release from Kate Sides of the Union Avenue Precinct:

The Memphis Police Department conducts a nine week course for citizens every year in the fall. Each class consists of two hours, one night a week. Classes start the week of September 5.

There is no charge for the course. All applicants must be 18 years old and pass a background check (at no cost to applicant).

Graduation ceremonies and diplomas will be awarded to all who attend classes, missing no more than two. Classes are held at each of the nine precincts around the city. If necessary, it may be possible to make up a class at a different precinct.

Speakers come from the different units and bureaus to explain how their divisions work, who to call for what situation, what to watch for, the latest scams, crime prevention, homeland security, and so much more.

Space is limited. Reserve your place in the 2011 Class. Contact Kate Sides, (636-4625) Neighborhood Watch Coordinator at Union Station Precinct to get an application Class starts the week of September 5th. The first twenty-five applicants who pass the background check will be enrolled.

It was a great Thanksgiving.Â  Mostly Katy’s family over at Horeshoe Lake, Hughes, Arkansas.Â  Katy’s sister picked her up a little after 10 AM on Friday for some Black Friday shopping.

About 10 minutes later I got a call from Katy.Â  “We have been in a wreck, you need to come.”Â  I thought – a fender bender, in a semi-scary neighborhood;Â  they need someone to sit with them until the cops come.Â  I didn’t ask for details.Â  I just got in the car and headed that way.Â  When I neared the intersection, a police car sat blocking 2 lanes diverting traffic.Â  In the distance were 2 fire engines, 2 ambulances, more police and service vehicles and their crews.Â  It was an horrendous wreck.Â  My sister-in-law’s car was smashed front and back with the other car balanced between a tree and the top of her car.Â  When I told one of the supervisors who IÂ  was, he pointed in the direction of Katy.

I had intentions of posting the pictures I took at the scene, but they still trouble me.Â  Katy was completely immobilized on a full backboard, with neck brace- a scene no husband wants to see.Â  Seems she had called me while lying in a busy 4 lane street, and had been coaxed by her sister to move as the gasoline leaking from the wrecks began streaming toward her.

Here’s what I am thankful for:Â  Katy was coherent and talking when I got to her, complaining of neck pain, but conscious.Â  I think the fireman attending to her rolled his eyes when I made her wiggle her toes.

I am thankful to:
all the good folks who called 911
-the people who came to the victims’ aid until emergency crews arrived, especially -the nurse who materialized and personally took care of Katy
-the emergency crews – Memphis has the finest fire department, EMTs and Police in the world when it comes to a crisis situation – true professionals in every sense
-the kind folks at Methodist-Central ER
-all of our friends, both RL and online, who have sent out their prayers and good thoughts
-the Lord for deciding it wasn’t Katy’s or her sister’s time to go

KatyÂ  has some really disgusting looking bruises and a whiplash-type thing in her neck, but she’s a trooper. 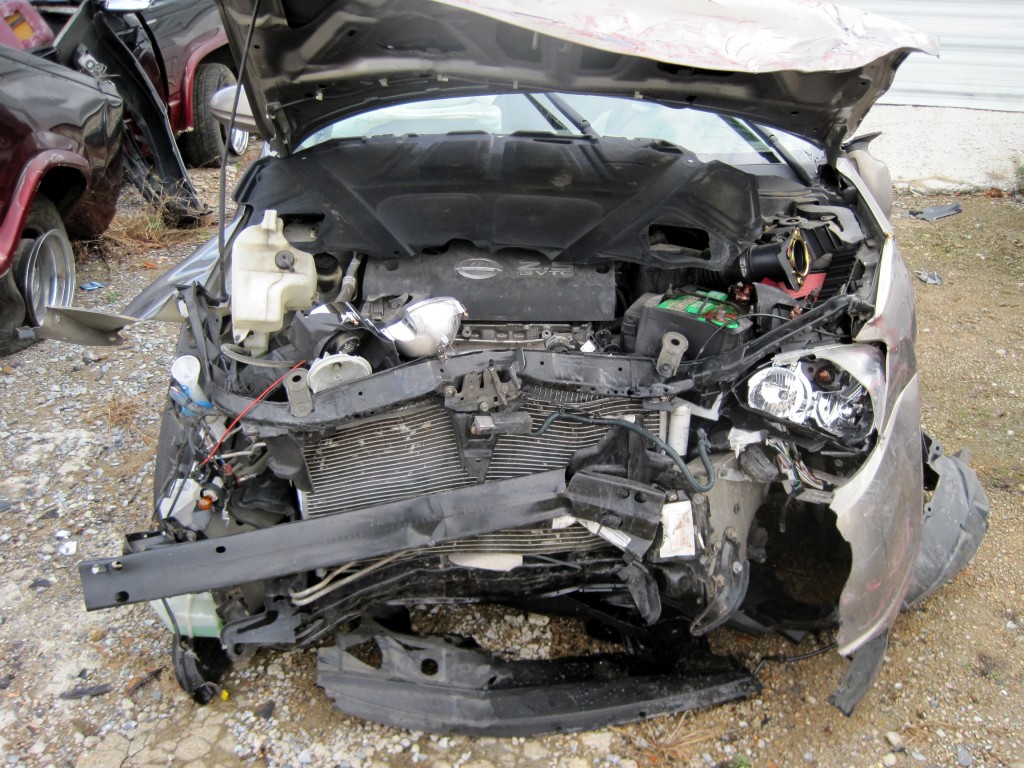 At the impound lot 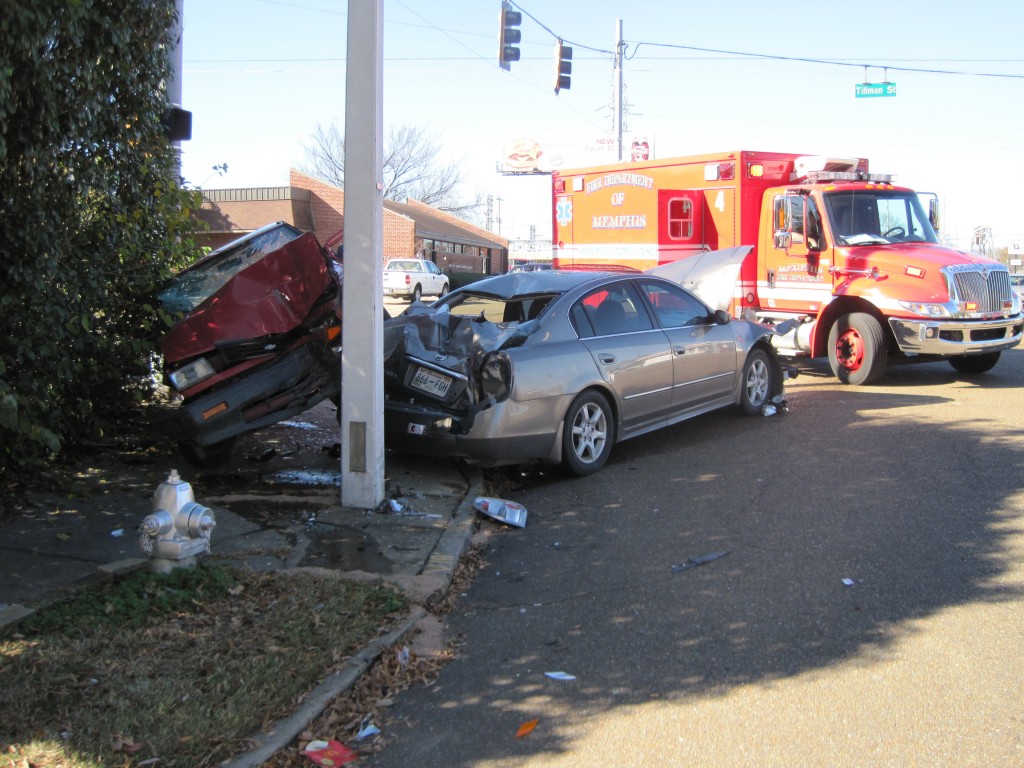 At the scene -rear view