If you don’t know Diane Guercio, you should be following her on twitter and subscribing to her blog.Â  Her friends know her as heyamaretto, and she brings a special kind of poetry, humor and zest for life into our techie SM world.

I wanted to honor Diane with a drink.Â  Collaborating on Twitter for a mixture of her signature and my Scotch.Â  I found out in short order that the 3 parts Scotch and 1 part Amaretto, which Diane named “The Rusty Nail of Love” had already been invented as the Godfather. 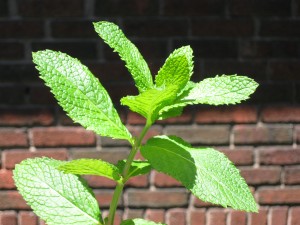 So, I decided a on a little more ofÂ  a southern touch.Â  Since mint grows like a fine smelling weeds around my house, it was easy to come up with the final, unique recipe.Â  I Googled this combination and did not find a named cocktail.
I am going to leave it to Diane to name it, but here goes: